Our nation’s Founders emphasized the early mastery of literacy as the key to knowledge in all areas.1 They also understood that each academic subject constitutes a specific part of the pursuit of knowledge of the world and man’s place in it. LTA’s academic program is based on this traditional, American liberal arts model because we, along with many people in our community, agree with our Founders that the liberty and happiness of our students and our nation depend on this kind of education.
​
Unique to LTA’s approach is the combination of the American liberal arts tradition with cutting-edge, researched-based programs, each of which involves a content-rich, organized, and sequential continuum of learning. Our curriculum begins with the rudiments of literacy and math skills and continues in a coherent and orderly fashion to the higher orders of knowledge, logic, thought and expression. 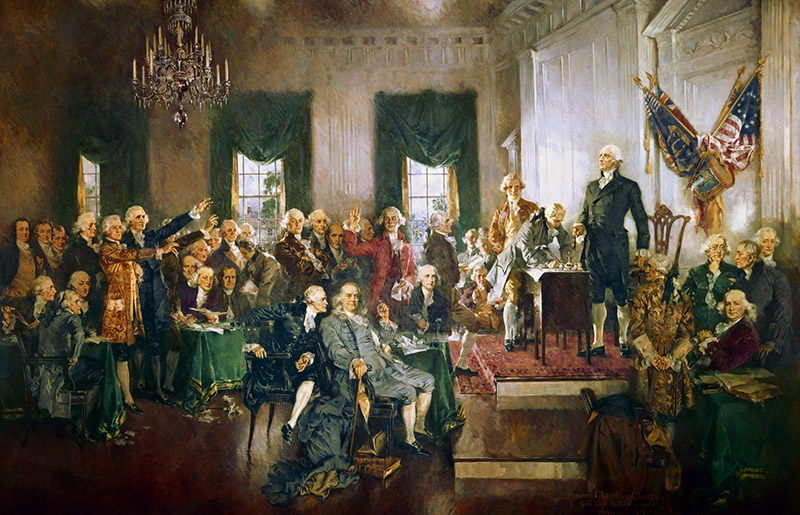 LTA sees the arts as an essential part of the knowledge and character development of all children. A good understanding of the arts grows out of at least three modes of knowledge—creative, historical, and analytical. At LTA, early study of the arts embraces all three modes with a special emphasis on creativity and active participation. Our fine arts program provides many opportunities to sing, dance, listen to music, play act, read and write poetry, draw, paint, and make objects. Equally important, students are exposed to fine paintings, great music, and other inspiring examples of art. As students progress in their knowledge and competencies, they begin to learn more about the methods and terminology of the different arts, and become familiar with an ever-wider range of great artists and acknowledged masterworks. With a basic knowledge of the arts, our students will be better prepared to understand and appreciate works of art and to communicate their opinions to others. In our high school, students continue to study the arts and perform in the arts. Music includes theory and history, as well as performance courses such as choir, band, and orchestra. Art includes both studio art and art history. At a minimum, students are required to complete four semester courses in fine arts, one of which must be music.

History: We study the past to see the full range of humanity. At LTA, the overarching principle governing the study of history is the human attempt to achieve freedom and justice in a constitutional regime. Furthermore, history courses explore humanities’ great conflicts and achievements, and their causes. In K-8, our curriculum provides a coherent, content-rich sequence in world and American history that integrates with literature. High school history courses are taught primarily through lecture, the Socratic study of original sources, and writing.

Geography: The study of geography is an integral part of understanding the world. Classrooms are filled with maps, both ancient and modern, and geography is integrated with history.

Economics: LTA’s economics curriculum explores the basic principles of free markets: supply and demand, the division of labor, pricing, and incentives. The curriculum exposes students to original works of economic thought and includes aspects of both micro and macroeconomics.

Civic Education/American Government: Our curriculum equips students to understand, articulate, and practice the principles on which our nation was built (liberty, equality, natural rights, Constitutionalism, the rule of law, self-government, etc.). Civic education begins in the elementary school, mostly through history, and concerns the political order, individual rights, and responsibilities of self-government. The 8th grade curriculum includes a bulk section on the basics of the U.S. Constitution, and the high school government course is built around original documents and exposes students to the political theory of the American founding, as well as subsequent developments in theory and practice of American government.

A strong math program develops students’ ability to process mathematical procedures and concepts, as well as to achieve a conceptual understanding and proficiency that enables students to apply these processes and procedures to a wide range of mathematical problems. Related to this is the ability to understand how to choose an appropriate mathematical model to analyze and understand empirical situations. LTA’s classical approach to math, which aims to help students understand the order and harmony inherent in the subject, meets these criteria. Our program is designed to prepare students to 1. Understand the structure of mathematical thought and apply this understanding and related reasoning skills to all areas of study, and 2. Prepare students to apply the language of mathematics to all endeavors, including “practical” pursuits.
Why will we take hours of every week of a student’s education for four years to have them engage with and work hard in order to grasp the structural contours and vocabulary of a language over 2,500 years old, spoken initially only by an obscure Italian tribe, then by Europe, and even then only until the 9th Century, which has since then only abided in educational instruction, and even then seldom spoken except in the highest realms of education, and since the 1960s in America hardly encountered at all? And what does it mean for a student to learn a language and specifically this language?

Of course, first there are the intellectual strengths which are formed in the mind of the Latin student. Latin, being a highly structured and logical language, shapes the reasoning capacities of the intellect, which results in more acute perception, interpretation, and judgment.

Second, Latin also instructs the student in English grammar, making the student a stronger reader, writer, and orator while also greatly expanding the student’s English vocabulary–over 60% of English words are derived from Latin. 1

Third, Latin prepares students for a quicker and easier learning of other languages, especially the Romance languages, which are derived from Latin (Spanish, Italian, French, Portuguese, and Romanian), but also other inflected languages such as German and Russian.

Fourth, on a very practical level, Latin study has resulted in higher SAT scores. Moreover, Latin is at the foundation of and forms the vast majority of words in the international languages of science, medicine, and law.
​
The ultimate and most determinate of goals for a student to learn Latin is that he or she will be able to read, hear, and understand the writings and speeches of the greatest statesmen and poets of the ancient Roman Republic and Empire, as well as the writings of some of the world’s greatest lawgivers, philosophers, medical minds, scientific pioneers, and poets of the past 1,700 years. This capacity is an integral part of a classical education, which itself is derived from the great men and thoughts of Roman antiquity.

History, art, and literature studies of ancient Greece and Rome are of foundational importance in classical education, composing a considerable part of classroom and homework time and the basis for all learning that follows the 4th Century to present day.
​
Mastery of the whole language of the ancient Romans grants the student the most real vision of Roman culture, thus enriching his or her literary, historical, and philosophical studies of the ancient Roman people, the founders of our civilization.
​
If a school chooses the full set of purposes for teaching a student Latin and if it lets its highest purpose—to read and understand the works of the greatest statesmen, scientists, and poets of antiquity on which all of learning is founded—determine the structure and ethos of Latin instruction within its halls, then such a school’s education can truly be called classical and its program truly enriching.
​
[1] Martha Wheelock and Deborah Wheelock Taylor, Wheelock’s Latin, 7th Edition, ix.
​

Science helps us understand ourselves and the world around us. At LTA, scientific knowledge is pursued for its own sake and is approached with respect and wonder at the knowledge that has been gained over time. Students learn to observe their natural surroundings and understand the human process of scientific development through the study of biographies and exposure to original scientific writings such as Galileo’s “The Starry Messenger,” Sir Isaac Newton’s “Principia,” and Watson and Crick’s “A Structure for Deoxyribose Nucleic Acid.”
​
LTA offers a rigorous science curriculum in the lower through upper grades, including the fundamentals and theories of the physical, life, and earth systems sciences. LTA’s balanced approach to science education includes direct instruction, teacher demonstrations, readings, and experimentation. Science is taught with an emphasis on scientific facts, including the incorporation of technical approaches to observing, describing, recording, ordering, analyzing, testing and comparing predictions to observations. Our teachers provide multiple levels of instructional resources, with an emphasis on developing the literacy and vocabulary to successfully navigate increasingly complex scientific texts. In the high school, students receive extensive training in analytical thinking and the scientific method. Students take four years of science, beginning with the fundamentals of biology in the freshman year, chemistry in the sophomore year and physics in the junior year. Elective courses in science will be added as the school grows.
Our Founders’ plans devote the early years of education mainly to the study of language. In their understanding, the mastery of language includes the study of eloquence, or the art of discourse, wherein students learn to inform or persuade an interlocutor or audience through the effective expression of rational argument. LTA’s academic program focuses on the mastery of language and adopts precisely this approach to literacy. Our curriculum is rooted in the three arts of language: grammar, logic, and rhetoric. Grammar establishes the foundational building blocks of early education with its focus on learning facts and rules. Logic helps students examine the “why,” as well as how knowledge and subjects relate, resulting in information literacy. Rhetoric teaches students to combine their knowledge of the subject and the rules of logic to develop and to express conclusions and arguments with eloquence. Through rhetoric, students practice analytical thinking and reasoning skills and are increasingly collaborative, self-directed, and inventive.
​
LTA’s philosophy understands the stages of the trivium as both sequential and iterative. In the high school, when exposed to a new topic, whether in the arts or sciences, students learn a new vocabulary, or “grammar,” and then progress through the logic and rhetoric stages within the subject. Students at all levels are taught analytical thinking and reasoning skills through the Socratic Method, which uses direct, intentional questions to assist students as they grapple with facts and ideas and to guide students’ understanding of problems and solutions. Most instruction in the early grades is direct and focuses more on mastering the basics of reading and writing. The amount of Socratic learning increases with grade level and intellectual maturity.
​
LTA teachers are stewards of language, meaning they hold themselves and their students to standards of correctness in oral and written communication. The ability to read and comprehend text is central to all our students’ learning. Our curriculum includes a strong phonics and grammar curriculum, thought-provoking works of classic literature and original source documents, writing, and composition, as well as instruction in Latin.